Last Thursday, we celebrated the 1500th episode of the Dentalpreneur Podcast. We launched the first episode in June of 2015, and since then we have had nearly 7 millions downloads in over 150 countries. I have had the honor to meet my heroes in dentistry through this podcast. Today I wanted to share some of my top podcasts and share my favorite podcast of all time.

#952: Mastering Physical Health with Ben Greenfield: Trying to balance relationships, parenthood, business ownership, and clinical responsibilities leaves so many dental professionals stressed and overwhelmed; and, not surprisingly, one of the first things that gets neglected is our physical health. For a lot of us busy professionals it’s tough to keep up to date on all of the latest research on diet, exercise, sleep, and overall how to keep our bodies healthy and fully optimal. I was so stoked to be interviewing biohacking legend, extreme endurance athlete, and NYTimes Best-Selling author Ben Greenfield. We covered everything from supplementation, longevity, diet, exercise, and how to be the best version of your physical self.#938: Mental Strength and You: I’ve got a weird question for you: are you mentally strong? I interviewed world famous psychotherapist and international best-selling author of the book “13 Things Mentally Strong People Don’t Do”, Amy Morin. Amy’s TedTalk is one of the most watched of all time with 13 million views and her viral blog post about mental toughness was read by over 50 million people, so she is kind of a big deal.#907: Robert Kiyosaki on the Dentalpreneur: In 1997, I was a fledgling (food truck) entrepreneur by day and an executive MBA student by night. But with all of the lessons that I was learning in the “field” and in the classroom, there were still a lot of gaps in my financial education. Reading these two books by Robert Kiyosaki forever changed the way I viewed business, assets, liabilities, and investing. Bottom line: I learned more from those two $20 dollar books than I learned in two years of business school. I was honored to interview the most prolific business author of all time with over 40 million books sold. Check it out.#1328: Peak Mind, Peak Experience: Dr. Amishi Jha is the best selling author of Peak Mind (a book I purchased for our mastermind members) and professor of psychology at the University of Miami. She serves as the Director of Contemplative Neuroscience for the Mindfulness Research and Practice Initiative which she co-founded in 2010. She received her Ph.D. from the University of California–Davis and postdoctoral training at the Brain Imaging and Analysis Center at Duke University. Dr. Jha’s work has been featured at NATO, the World Economic Forum, and the Pentagon. She has received coverage in The New York Times, NPR, TIME, Forbes and more. Check out my interview with her. #1026: Dr. David Sinclair: Lifespan Pt 1 and Pt 2: Have you been testing out NMN or other nutrients? Intermittent fasting? Trying to feel better, more energy…? Some of us are always testing out the newest technology…Oura Ring, Whoop, supplements, etc…what’s been the best for you? To see what one expert says: Dr. David Sinclair is an award winning geneticist at Harvard Medical School, and was interviewed by Dr. Mark Costes. To hear more about longevity and his thoughts about increasing ‘healthspan’ and lifespan, check out my interview with him from 2020. #1455: David Goggins On True Success: “Pain unlocks a secret doorway in the mind, one that leads to both peak performance and beautiful silence.” One of my favorite quotes from the inspiring Davis Goggins. Often referred to as the toughest athlete on the planet, David Goggins is the only member of the US Armed Forces to complete SEAL training (including THREE Hell Weeks), the U.S. Army Ranger School (where he graduated as Enlisted Honor Man), and Air Force Tactical Air Controller Training. But, David is perhaps best known for his superhuman feats of strength and ultra-endurance. After several of his friends died in a 2005 helicopter crash while deployed in Afghanistan, David honored their memory by tackling the 10 most difficult endurance challenges on Earth to raise funds and awareness for the Special Operations Warrior Foundation, which provides college scholarships and grants to the children of fallen special ops soldiers. Hence, began a most unexpected yet remarkably storied athletic career as one of the world’s most accomplished endurance athletes. Check out my one-on-one interview with him at the link above.#916: Greatest Living American Hero: I had the privilege of interviewing one of humanity’s greatest living heroes, Robert O’Neill, the Navy SEAL (SEAL Team 6) who shot and killed Osama bin Laden. Check out this career:

He is an amazing storyteller and one of the most thoughtful and humble people I’ve ever interviewed.#933: Business and Life Lessons from Astronaut Clayton Anderson: With all of the challenges we’re having down here on planet Earth, for me, the Space X launch of the Crew Dragon on May 30th, 2020 with veteran astronauts Bob Behnken and Doug Hurley was a really cool distraction and reminder of keeping things in perspective. Since watching All the Right Stuff and Apollo 13, I’ve been obsessed with Astronauts and space exploration. I’m super excited to have interviewed Astronaut Clayton Anderson. Don’t miss his behind the scenes perspectives on NASA, overcoming incredible challenges, and what it was like to spend over five months on the International Space Station.

#934: The Obstacle Is The Way – With Ryan Holiday Pt. 1 and Pt. 2: Here it is. My favorite interview of all time. I interviewed multiple The New York Times Bestsellers and one of my favorite authors, Ryan Holiday. We’ll dive deep into Stoic philosophy, marketing, writing, and how he was able to become the CMO of a billion dollar company by the age of 21. Now 32, Ryan’s discipline and life philosophy has made him uber-successful and we’ll discuss how he’s able to balance his fame, “obligations”, and personal life. 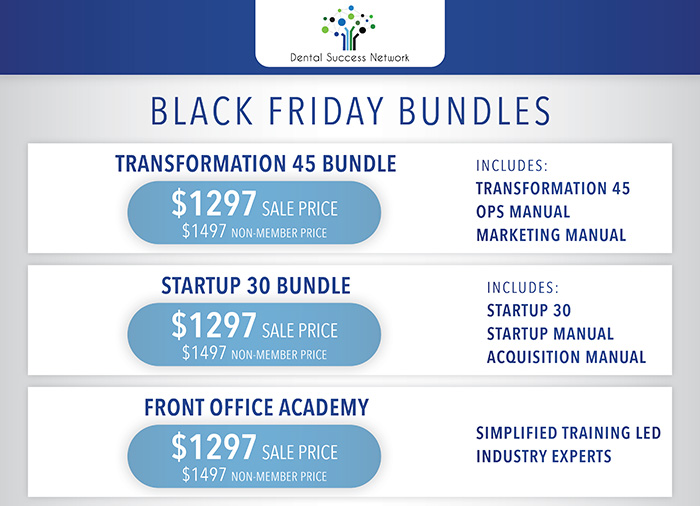 Get some of our most popular products bundled together for a great price! Use the link below to learn more about our black Friday deals.